Oh, Doug. You Simply Must Do Better On Your Homework! 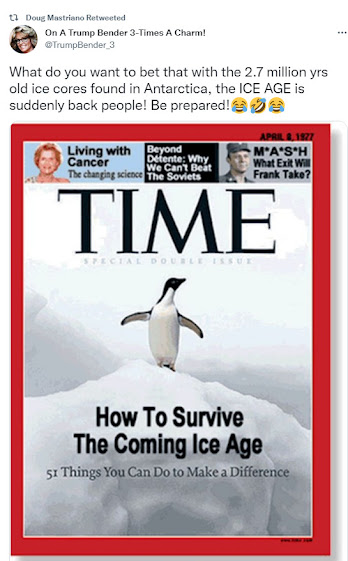 Had he done any research, he would have found this. The image is a fake. Time even said so. 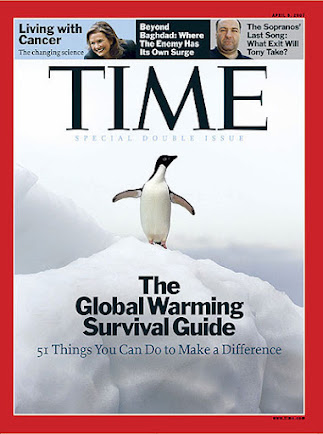 It’s Doug spreading the climate misinformation about how scientists in the 1970s were all afraid of a “coming ice age.”

We wrote about this a few years ago:

Turns out the answer is no.

In 2008, the American Meteorological Society published a paper, titled, “The Myth of the 1970s Global Cooling Scientific Consensus” that begins with this:

A review of the climate science literature from 1965 to 1979 shows this myth to be false. The myth’s basis lies in a selective misreading of the texts both by some members of the media at the time and by some observers today. In fact, emphasis on greenhouse warming dominated the scientific literature even then. [Emphasis added.]

Ah the joys of a long-lived blog.

For Your Consideration – Update Employment Agreements Before End of Year Bonuses